Menu
NIH-funded study is the first to use technique in the upper body
Two people with quadriplegia improved voluntary movement and use of their hands following electrical stimulation of their spinal cords, according to a new study funded in part by the National Institutes of Health. The method used is called epidural stimulation, in which a device implanted on the surface of the upper, or cervical, spinal cord delivers electrical pulses. The subjects, who had each been paralyzed for more than 18 months following severe spinal cord injuries, gained the ability to grip and hold small objects, like a drinking cup. By the end of the study, subjects continued to show improved use of their hands even when the stimulator was turned off. 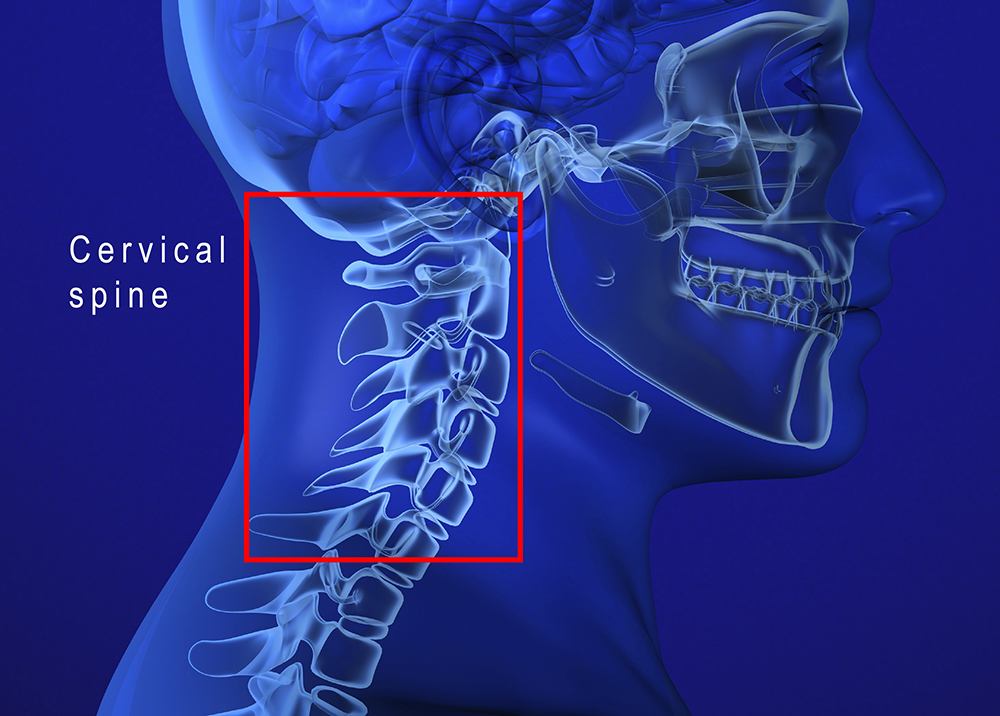 A device implanted on the surface of the upper, or cervical, spinal cord delivers electrical pulses that help people with paralysis use their hands.

This finding represents the first step in extending the use of epidural stimulation to improve hand function for persons with cervical spinal cord injury. Previous work examined epidural stimulation of the lower spinal cord combined with motor training, which allowed patients some voluntary movement of their legs. This study shows the same principle can be extended to the upper body and is the first time epidural stimulation combined with motor training has been used to improve function in the upper limbs of people with severe spinal cord injuries.
The study was performed by a team of researchers at the University of California, Los Angeles (UCLA); Rancho Los Amigos National Rehabilitation Center, Downey, California; and Pavlov Institute of Physiology, St. Petersburg, Russia. The results are published in the May 18, 2016 online edition of the journal Neurorehabilitation and Neural Repair.
The research was funded in part by the National Institute of Biomedical Imaging and Bioengineering(NIBIB), the National Institute of Neurological Disorders and Stroke (NINDS), the Eunice Kennedy Shriver National Institute of Child Health and Human Development (NICHD), and the National Center for Advancing Translational Sciences, all at NIH.
Read More